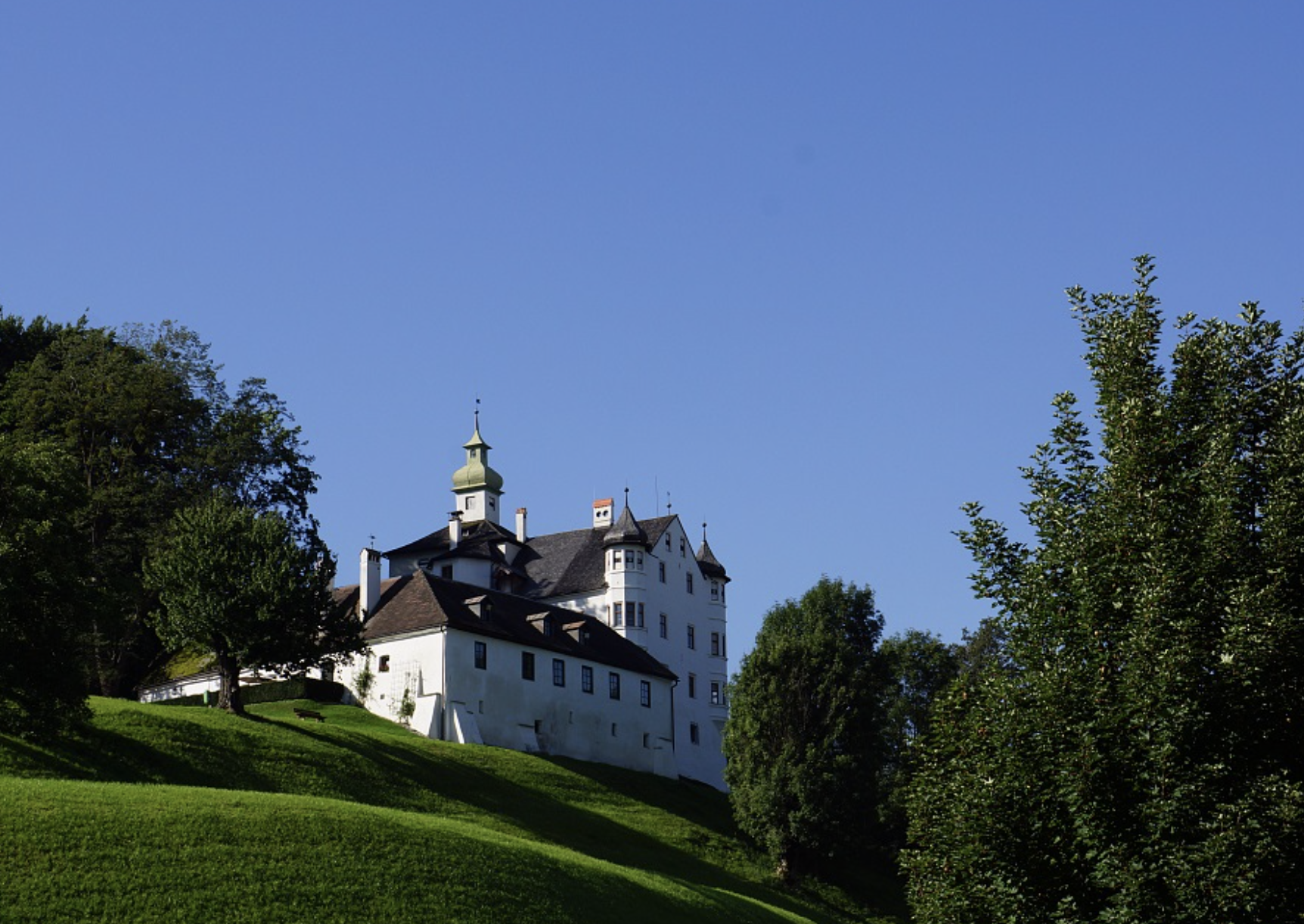 In the late Middle Ages – over 700 years ago – the estate consisted of a ‘four-cornered tower’ with farm buildings. The estate was mentioned in the property of Jakob von Volders (Jakob der Volrer) in 1311. He was treasurer at the court of Heinrich von Böhmen (Henry of Bohemia), and added ‘zu Aschach’ to his name from 1334 on.

The Bavarian Revolution marked the beginning of a chequered history for the estate:

In the conflict with Duke Frederick IV and the Bavarians over exports of salt from Schwäbisch Hall, the Bavarians razed the estate to the ground during the siege of Friedberg. In 1470, the Füerer (Furrer) family acquired the estate. Augustin Fuerer von Aschach was a magistrate for Sir Florian Waldauf, the knight who rebuilt Rettenberg Castle in Kolsassberg in 1492. Accordingly, the Aschach estate became a court with a jail and torture chamber in 1499. 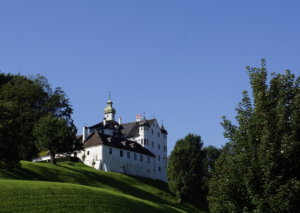 Aschach Castle’s heyday came at the end of the Renaissance, when it was owned by Ernst von Rauchenberg.

By 1586, Rauchenberg had had the castle rebuilt in its current form, in the style of Ambras Castle near Innsbruck, also building the private chapel. The similarity is probably due to the fact that court architect Giovanni Lucchese and his son Alberto Lucchese also worked in Aschach.

The closed cube shape, the polygonal corner oriels and the steep gabled shingle roof are typical of late Gothic Tyrolean estates, but were also common in the 16th century Renaissance.   Ernst von Rauchenberg was Lord Chamberlain for Philippine Welser and tutor to her two sons from her morganatic marriage to Archduke Ferdinand II. Philippine Welser and her sons Andreas and Karl are therefore believed to have visited Aschach regularly for social events and stag hunting.
The Archduke granted several privileges to the estate, including the common nobility rights and ‘Burgfrieden’, a state of truce for an estate. He also funded the reconstruction of the aristocratic estate for his favourite, Ernst von Rauchenberg.

The three-storey building features a tower and a stair tower. On the ground floor, a stone portal leads to a vaulted entrance hall. A stone above the portal bears the coat of arms of Margrave Karl von Burgau. A forecourt is surrounded by low farm buildings.

The two polygonal corner oriels have Renaissance tower roofs. The castle houses a chapel and a hall on the second storey. The private chapel can be seen from outside in the southern oriel by its two ogive windows. Oriels were often used as the chancel of private chapels, as a church rule prohibited building residential rooms above the sanctum. To the south of the castle, there is a small park with many trees.

In 2011, the Renaissance castle was given a complete renovation by the Fluckinger family who now owns it, and it is used for private residential purposes.